Hasbro: D&I is about abilities, not disabilities. 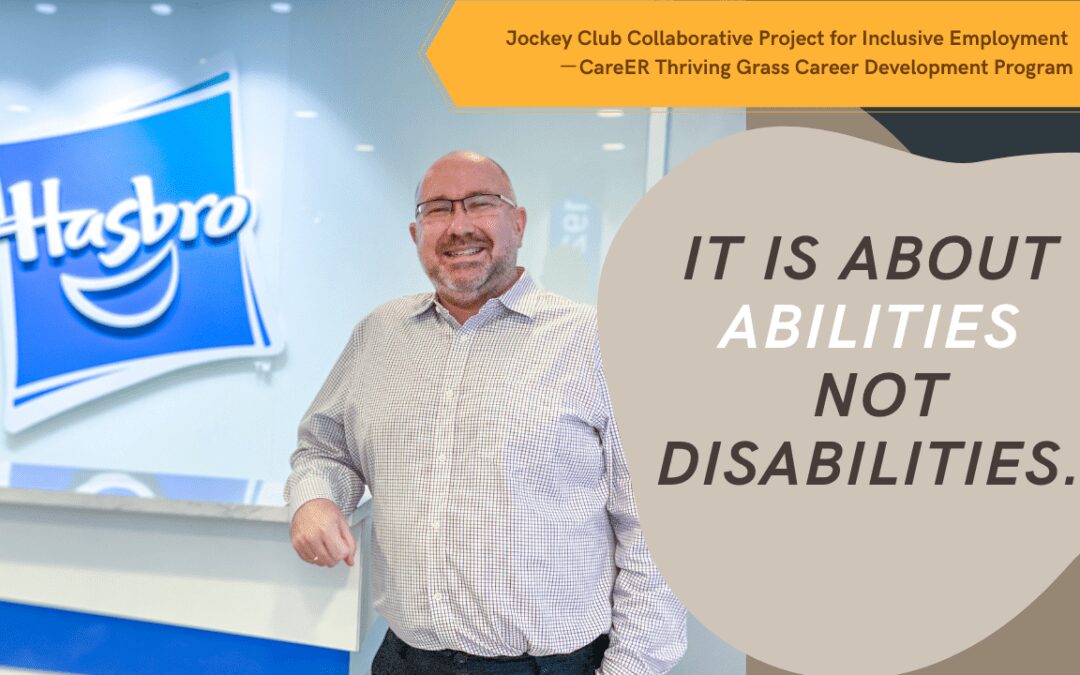 Hasbro is well-known for its toy and game brands such as Monopoly, My Little Pony, Nerf, Play-Doh, and Transformers that are being sold to toddlers and children worldwide. As one of the world’s largest toy makers, Hasbro’s wide range of toys and games help shape young minds across the globe through the power of play, they also play an important role in most adults’ childhood in terms of forming memories and emotional support, sparking creativity and imagination, as well as educating consumers the right set of values.

In recent years, Hasbro started to expand into the media and entertainment industry, its influence on global customers, workers and communities is almost as powerful as ever. With great power often comes great responsibility, Environmental, Social, Governance (ESG) and Corporate Social Responsibilities (CSR) topics have gone from being important considerations to a central focus in Hasbro’s business strategy.

To Hasbro, diversity and inclusion (D&I) and education comes hand in hand, and it is particularly important for Hasbro to make sure an inclusive culture is established within the company before reaching the rest of its global stakeholders. In 2017, the American multinational conglomerate pledged and publicly announced that it would increase its U.S. hiring rate for minorities to 40%, and signed a CEO Action For Diversity & Inclusion pledge in 2019 to foster a more inclusive and equitable world.

According to Hasbro’s website and recent CSR reports, 43% of Hasbro’s directors on its 14-member board is female, and there are 12 Employee Resource Groups of approximately 1,000 members and a Business Resource Group, actively provide communication channels for all employees to voice out concerns, consult on business diversity decisions and programs, as well as enhancing the company’s products.

Hasbro’s holistic CSR efforts are recognised by reputable institutes and magazines, including ranking 54th out of 928 companies on Forbes’ JUST 100 in 2021, being the industry leader out of 38 companies in the Household Goods & Apparel category; scoring 100 percent on the Human Rights Campaign’s 2020 Corporate Equality Index, noting Hasbro as one of America’s top companies for LGBTQ+ Workplace Equality; being named 100 Best Companies for Dads in 2020, and 100 Best Companies for Working Mothers in 2019 by Working Mother Magazine; and the list goes on.

“Diversity & Inclusion works in Hasbro because it is led by our people and not led by management. We have a D&I Executive Steering Committee that consists of different people across the group, which its sole purpose is to come up with things that we want to focus on for the next year.” Timothy Bean, Hasbro Asia’s Vice President of Human Resources, says.

While Hasbro is leading its way for LGBTQ and gender workplace equality, it is just starting on its disability inclusion journey for the first time in Hong Kong with the help of CareER, bringing on two CareER members as Hasbro’s 2021 summer interns. 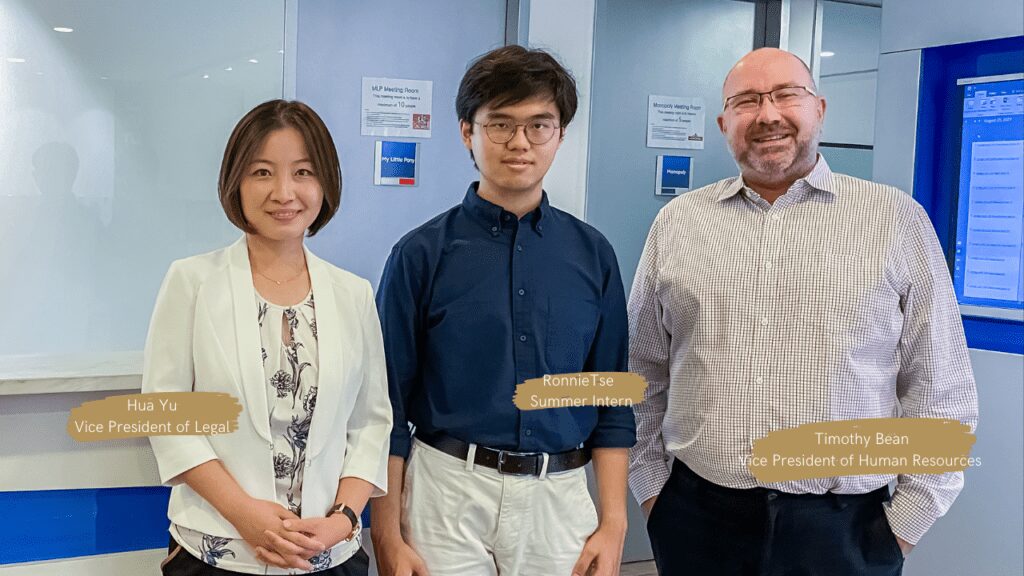 Ronnie (at the middle) is one of the CareER members placed in the legal team of Hasbro this summer through the Thriving Grass Program.

“​​We started small with just two interns, because we were a little hesitant on how it would work and what it would be.” Bean recalls. And the internal impact and results? An eye-opening experience for staff members. “From the two that we’ve had, we’ve had other departments come and ask ‘when are we doing this program again and I’ll take somebody next time.”

CareER’s “Talent, No Boundaries” philosophy fit in perfectly with Hasbro’s company philosophy on education, and provided Hasbro a broad range of higher education candidates with disabilities and SENs, with practical advice and support for the employer to kick-start its disability journey.

“D&I is about abilities, not disabilities. All of us, no matter who we are, have abilities and things that we are not good at. But it’s finding what people are good at and how do I fit them into a job where they can be successful. So that’s why I think focusing on the abilities is important, and then the inclusion part comes. If everybody can use their strengths, then everybody will be included.” Bean emphasises.

By advancing inclusion across the workplace, businesses, and supply chain, Hasbro is helping to make the world a better place for all.